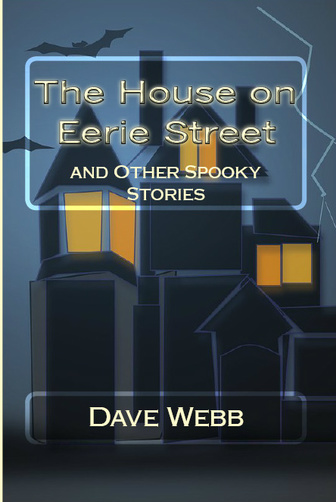 Mr. Greenwood stood on the sidewalk at the far corner of his property. He watched from a distance as his two sons roamed through the neighborhood with their plastic bags and flashlights.

The sky was completely dark now, but the boys could easily find their way. Besides their own lights, the moon was unobscured in the clear sky, and the streetlights that lined the sidewalks provided extra illumination. If there was even a hint of trouble, one of Eddie’s famous three-fingered whistles would have his dad down the street almost instantly.

Several other trick-or-treaters passed by, as well as the occasional car or two. All the boys had on their mind was one thing – candy.

“And we’re only half-way finished, too,” added Eddie.

The two boys skipped down the sidewalk on the way to the Ross house, on the farthest end of the street. Their father was just a tiny spec in the distance.

Between properties, an extra-long, older model sedan slowly drove past them. There was enough time for both of them to get a look inside.

Suddenly, Frankie came to life and pushed Eddie behind a bush, out of view of the street.

“What the heck, Frankie?” yelled Eddie.

“Holy cow, do you know who that was?” said Frankie.

“It was… Mr. Walters! From the house on Erie Street!”

Eddie knew exactly what Frankie meant. Everyone in the neighborhood referred to Erie Street as “Eerie” Street because of the creepiness surrounding the Walters house. There was a story behind it. But he didn’t want to believe what he just saw. Not on a night like this, anyway.

“By the tall, black hat he was wearing. It was just like the one in the newspaper photograph Melissa Wagner showed me. The caption said “Eldred Heights Man Goes Missing.” The photo was dated 1980!”
Eddie shuddered. He stammered to get the next words out.

“I don’t think so,” said Frankie. “It was the same face. And that car. It’s the car everyone talks about. The one they keep in the garage so no one can see it – or smell it.”

“Oh, go on. I heard the story Melissa told and I don’t believe it,” said Eddie. “She said that when Mr. Walters went missing Mrs. Walters went bonkers and they sent her away. But sometimes, you can still hear someone  –or something  – wailing from inside the house.”

“But if that was their car,” said Frankie, “it could mean only mean one thing. We just saw a …”

Eddie stopped for a second. The two boys looked at each other and finished the sentence together.